What if, instead of Michael Bloomberg announcing at COP27 on Monday a new plan to help 25 countries in Africa, Asia and Latin America phase out coal by 2040, it had been touted by, say, a little-known Indian multibillionaire?

Well, it might have made a few headlines in India, but it’s unlikely it would have made The New York Times and other high-profile news outlets, as did Bloomberg’s announcement.

Yes, big names matter when it comes to news, and climate news is no exception. Microsoft $MSFT magnate Bill Gates, for instance, got headlines (including on Callaway Climate Insights) when a company he founded, TerraPower, announced its plans for a new type of compact nuclear reactor. And the same for initiatives from his Breakthrough Energy Ventures, which backs several green-related initiatives. Meanwhile, you could be sure that Britain’s King Charles III, who already grabbed coverage (including here) with his pre-COP27 confab at Buckingham Palace, would have made a splash had he made his way to Egypt. 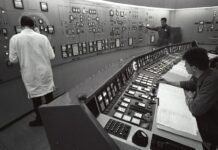