— More than 200 people were killed defending the environment last year, with Latin America and this one surprising country in Asia leading the way

— BlackRock isn’t backing down from ESG by a long shot

China’s Xi Jinping, enjoying a victory lap in Beijing this week as he is given another five-year term, sounds very similar to other world leaders this fall as he backtracks on climate transition plans in the face of a wrenching energy crunch.

Having presided over the fastest investment in renewable energy in the world in the past few years, Xi now says the country will be prudent in its transition, recognizing that oil and gas will have to play a part in keeping the lights on for decades to come. More oil and gas plants are being built and production expanded.

Like everywhere else, it’s a dangerous game as political leaders are exchanging the short-term need to keep people heated this winter against the all-but-certain environmental disasters those strategies will lead to. In China, it’s a bigger deal, however. The country is by far the world’s largest polluter, affecting all the countries around it. And with its vast size, its arguably one of the most impacted countries by floods, droughts, wildfires, and storms.

Xi clearly knows that his political survival rests on preventing the energy blackouts and industrial production halts caused this year that threaten his economy and stir up political dissent. He must also be well aware that all the goodwill in the world can’t match the political upheaval historically caused by great environmental disasters.

Like others, Xi is playing a dangerous game of climate chicken with time as he hopes the emerging energy crisis will pass with a new economic cycle. Unlike others, his climate long game keeps him in power at the environmental expense of the rest of us. 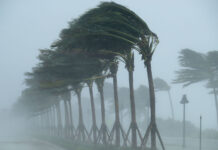 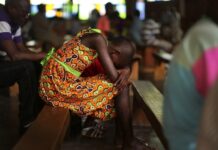