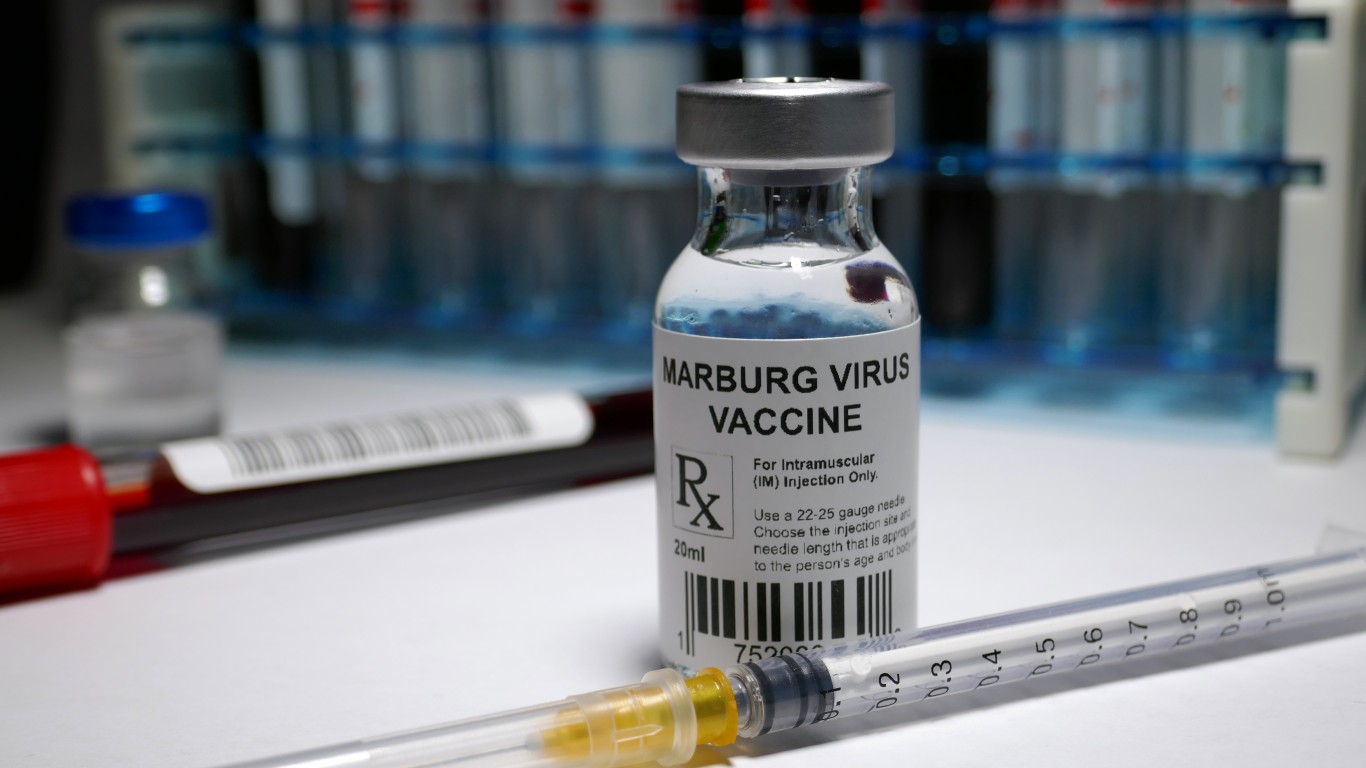 The Marburg disease was first recognized in 1967, when outbreaks of the viral hemorrhagic fever occurred in research laboratories in Germany and the former Yugoslavia, resulting in the deaths of seven of the 31 infected people. The rare disease can infect both humans and monkeys if bitten by infected fruit bats. Symptoms include a sudden onset of fever and headache, followed by vomiting and diarrhea, rash, and generalized bleeding in severe cases.

There is no specific treatment for the disease. The Soviet Union is confirmed to have developed a biological weapon using the Marburg virus in the 1980s in its biological weapons program, biopreparat. 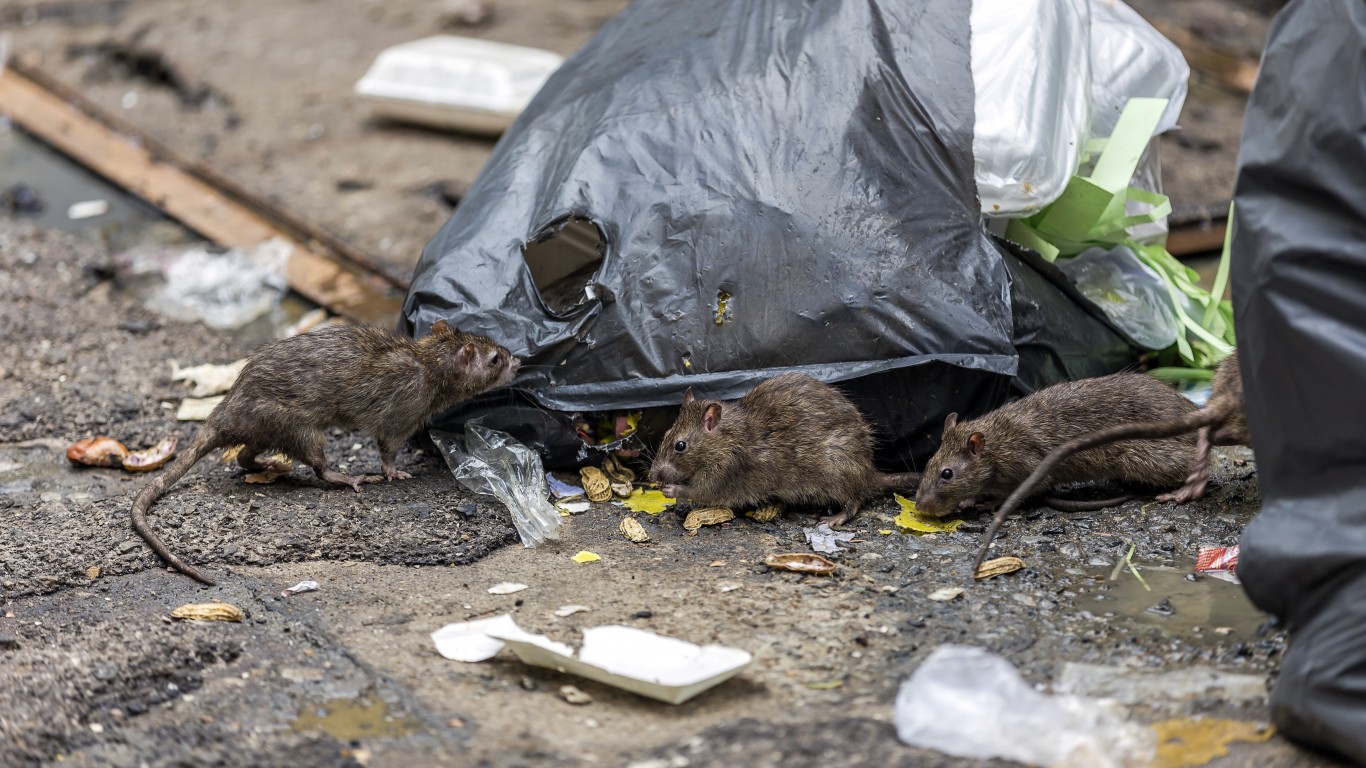 Lassa fever is a viral illness endemic to parts of West Africa that infects between 100,000 and 300,000 people annually and results in about 5,000 deaths. Spread by the common African rat, the disease is transmitted to humans through ingestion or inhalation of urine or droppings of infected rats, often through contaminated food. Most infected people have mild symptoms, including general malaise, weakness, and headache. Serious symptoms show in about 20% of those infected and include shock, tremors, encephalitis, and organ failure.

Certain antiviral drugs can offer effective treatment if administered early. Lassa was one of the biological weapons in development by the Soviet Union, and it remains a potential threat to the United States, according to the CDC. 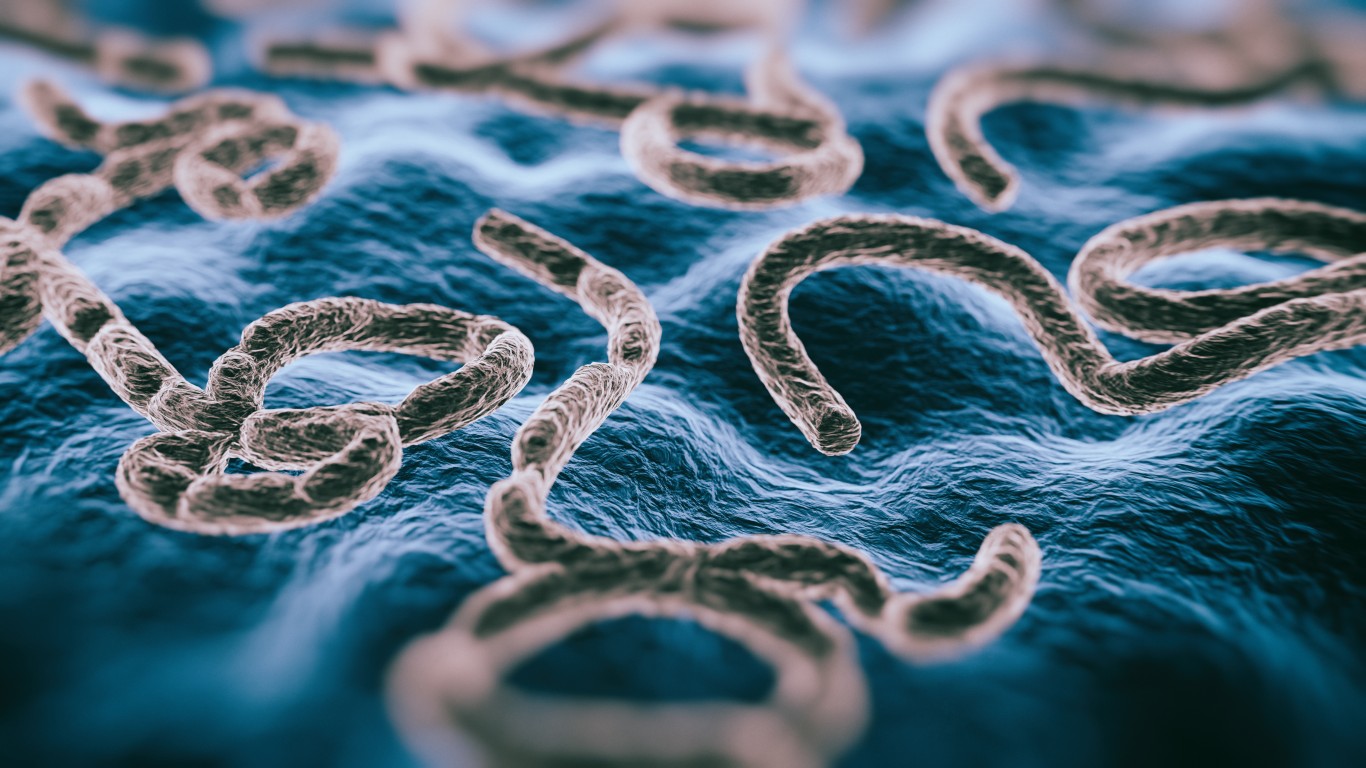 Ebola is a rare and deadly disease that can spread to humans through contact with animals such as fruit bats and primates infected with the virus. As recently as 2018, the virus infected thousands of people in the Democratic Republic of the Congo, about two-thirds of whom died as a result. Early stages of the virus can manifest as a fever and headache, followed by vomiting and diarrhea, rash, and in severe cases, generalized bleeding.

Ebola was one of the biological weapons in development by the Soviet Union and was also considered by the Japanese cult Aum Shinrikyo, the group that released sarin gas in a Tokyo subway in 1995. 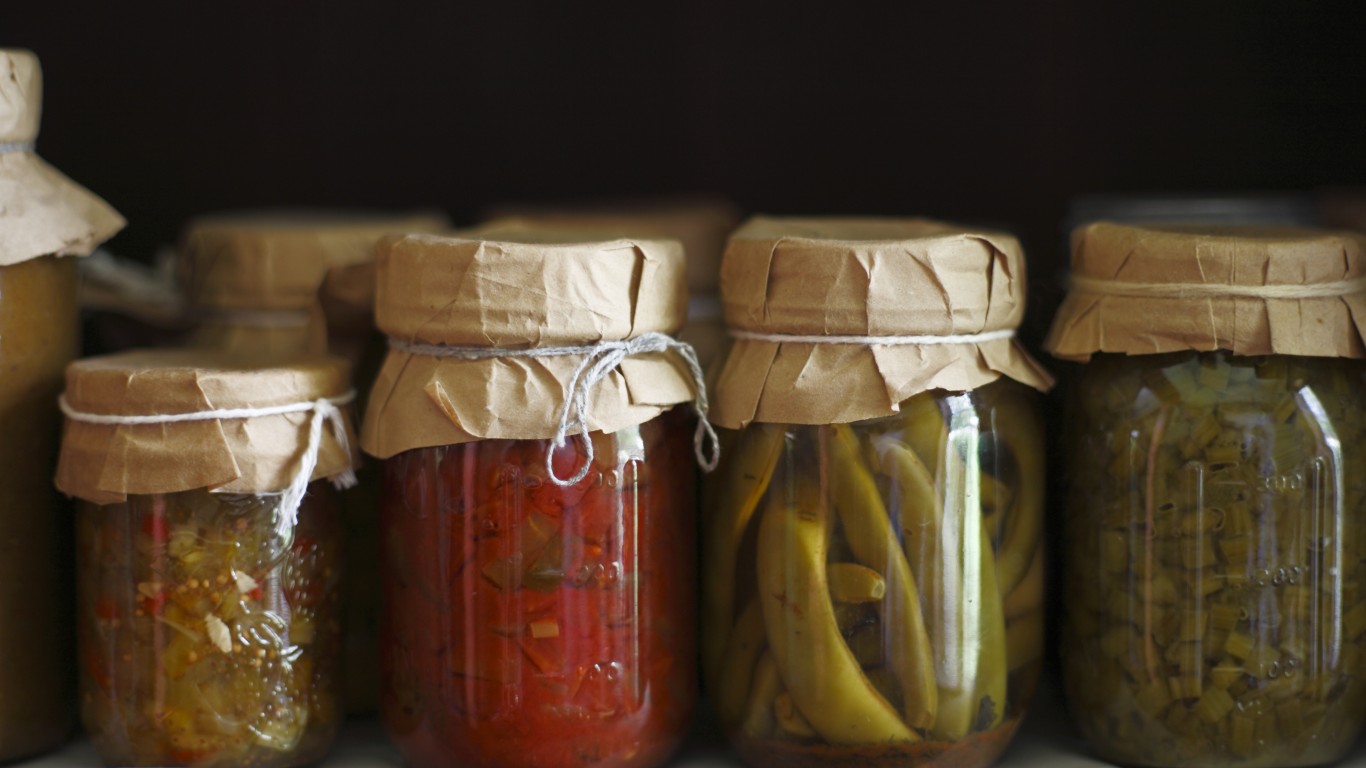 Botulism is a rare but serious disease caused by a toxin that exists naturally in certain environments often that are low in oxygen, acid, sugar and or salt. It can be found in improperly home-canned, preserved, or fermented food. In infected humans, symptoms usually start with muscle weakness and can develop into difficulty breathing, paralysis, and death. Infection can be treated with antitoxin drugs and requires weeks or months of hospitalization.

The toxins that cause botulism cannot be seen, tasted, or smelled and could potentially be used as a biological weapon if deliberately spread in the air or food supply. The U.S. produced the toxin during World War II and had over a million doses of antitoxin available for Allied troops pushing into the European continent. Iraq is also said to have produced enough of the toxin to kill every human being on Earth after the 1991 Gulf War. 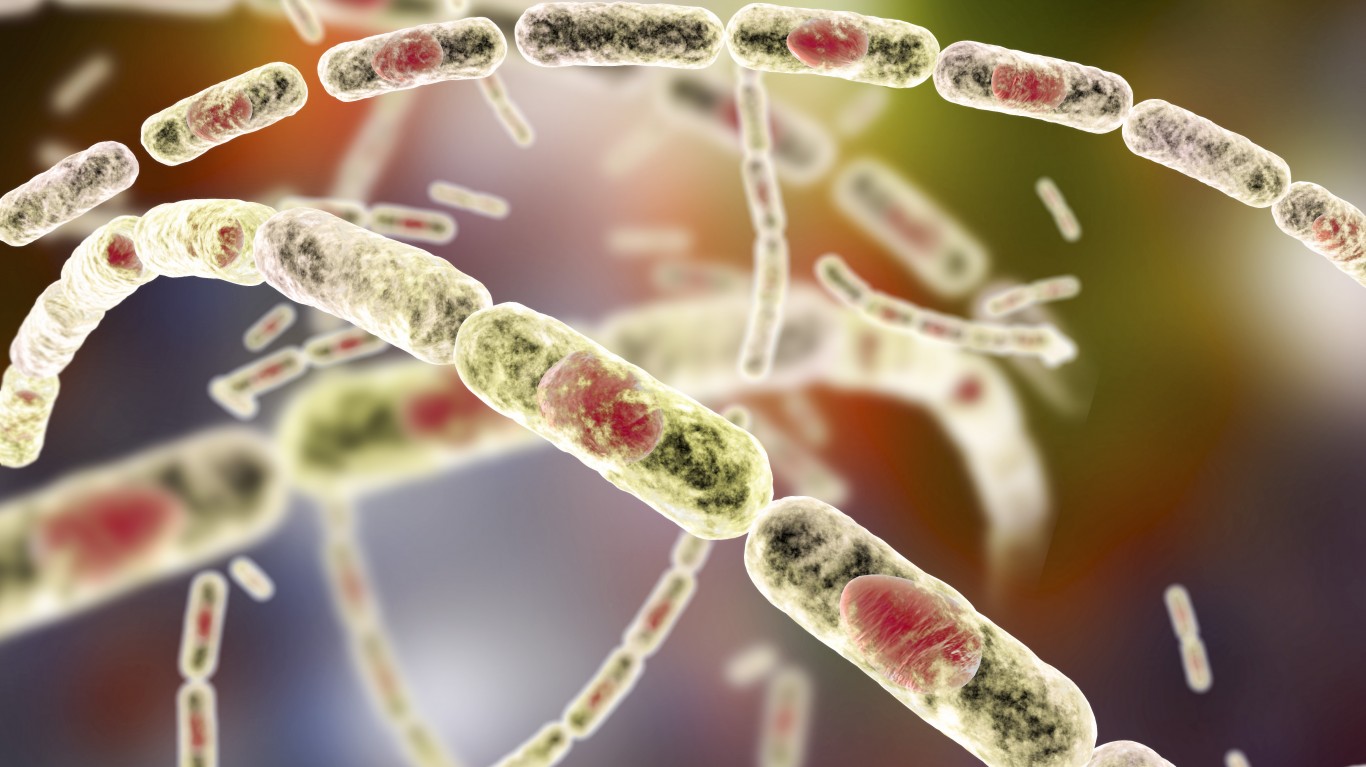 Anthrax is a deadly disease that can be passed from infected animals and animal products to humans. It can also be weaponized for bioterrorism. Contagion can occur through inhalation, ingestion, and skin contact. Symptoms of the disease can take anywhere from one day to over two months to show, depending on the type of delivery and can manifest as skin blisters or sores, fever, chills, body aches, bloody vomiting, and shortness of breath. Anthrax is treatable with antibiotics and antitoxin and hospitalization, if caught early.

Anthrax spores are highly resilient and can be produced in a laboratory. In 2001, anthrax powders were deliberately sent through the U.S. mail, infecting 22 people and resulting in five deaths.