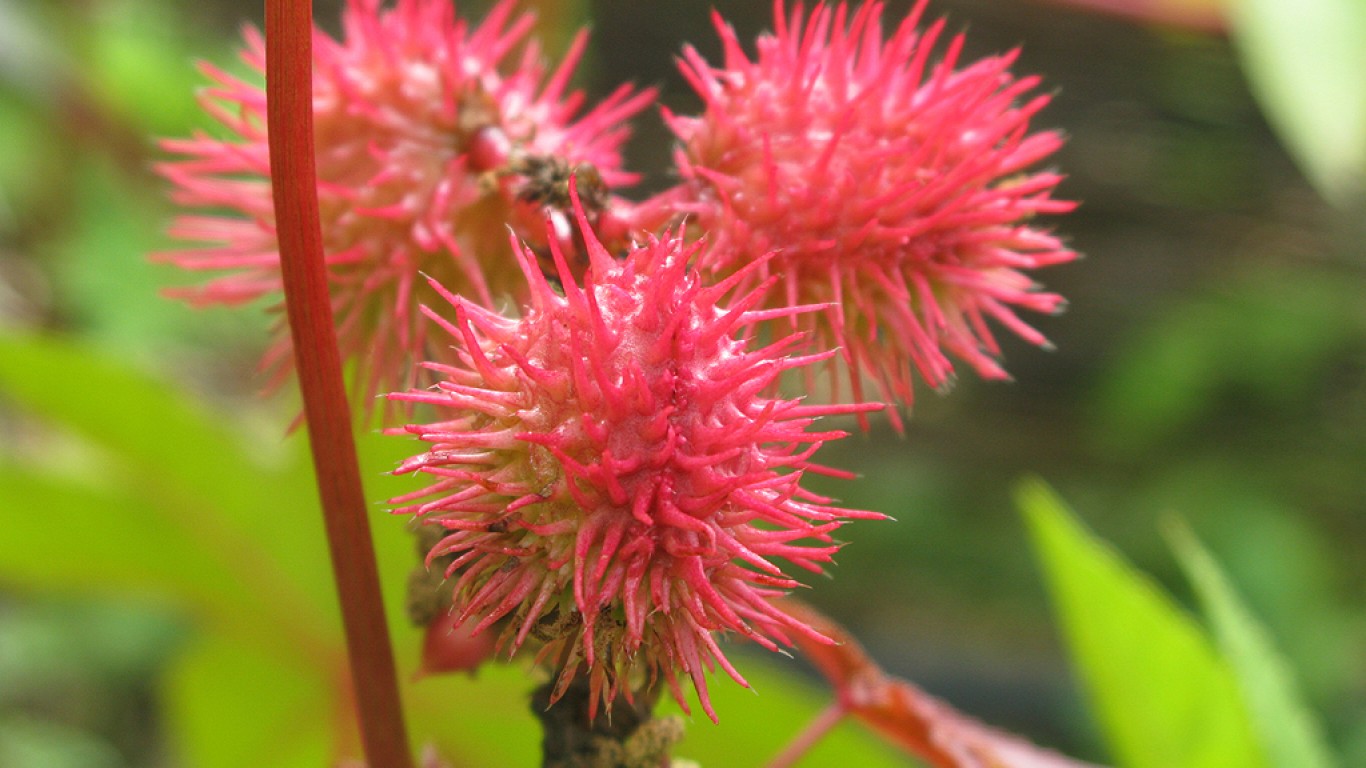 Ricin is a lethal poison that occurs naturally in castor beans. Though it has been used experimentally to kill cancer cells and is a byproduct of castor oil manufacturing, it is perhaps best known as a biological weapon. Bulgarian journalist Georgi Markov was killed by ricin poisoning in London in 1978 after being injected with the poison by the tip of an umbrella. The U.S. experiemented with ricin as a warfare agent in the 1940s, and some terrorist groups are suspected of using ricin in recent decades.

Ricin works by stopping cells from producing necessary proteins, causing them to die. The effects of the poison change depending on dosage and whether it is ingested, inhaled, or makes contact with the skin. Death from ricin can occur within 72 hours of exposure. There is no known antidote for ricin poisoning. 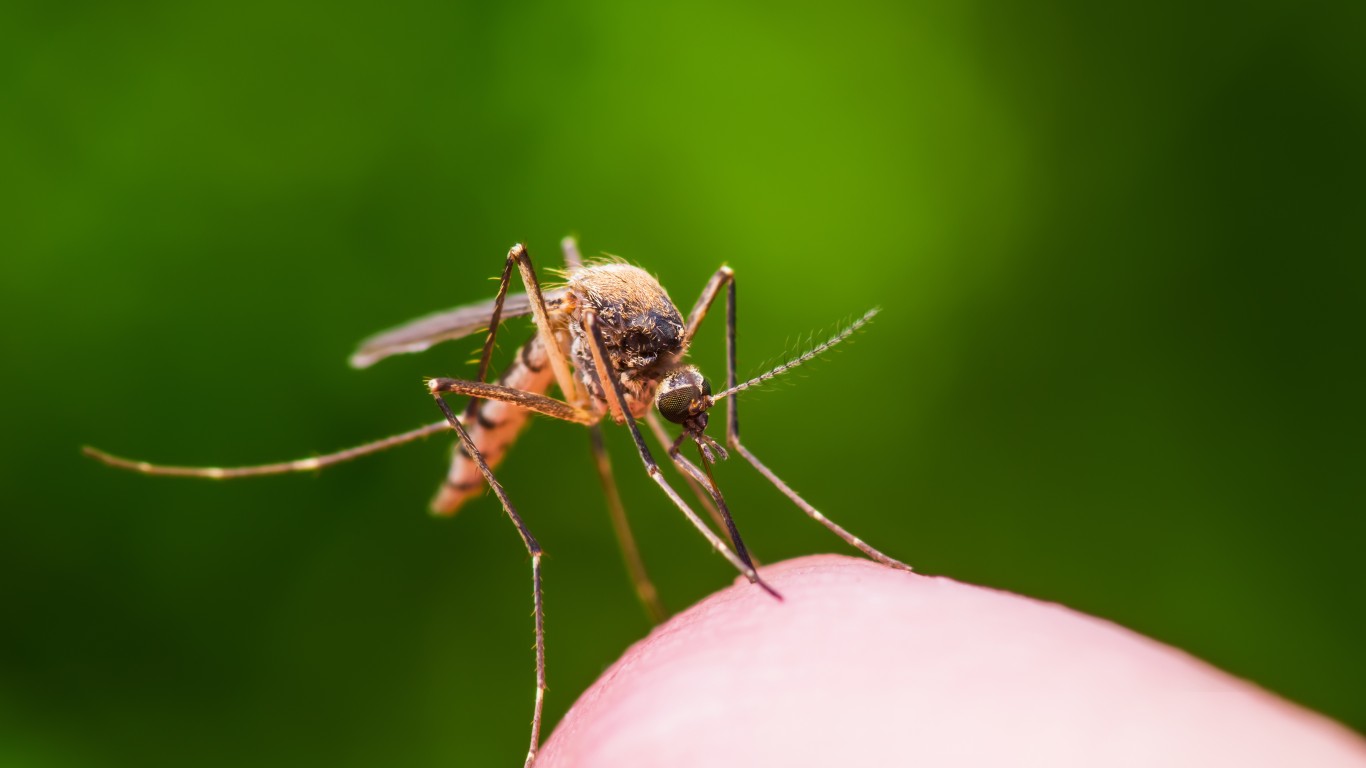 The eastern equine encephalitis virus, or EEE, is typically passed to humans through bites from infected mosquitos. Though rare, the disease is serious, often resulting in death or ongoing neurologic problems. While no specific antiviral treatment exists for the diseases, infected people often require hospitalization for treatment. In most cases, symptoms include fever, chills, body aches, and joint pain and resolve in two weeks or less. More severe symptoms, including seizures, behavioral changes, and coma can occur and result in death even years later.

Before terminating its biological weapons program, the U.S. developed a weaponized version of the Venezuelan equine encephalitis virus, or VEE. A Soviet scientist also dropped a vial of VEE in a lab stairwell in 1959 and 20 staff were infected. 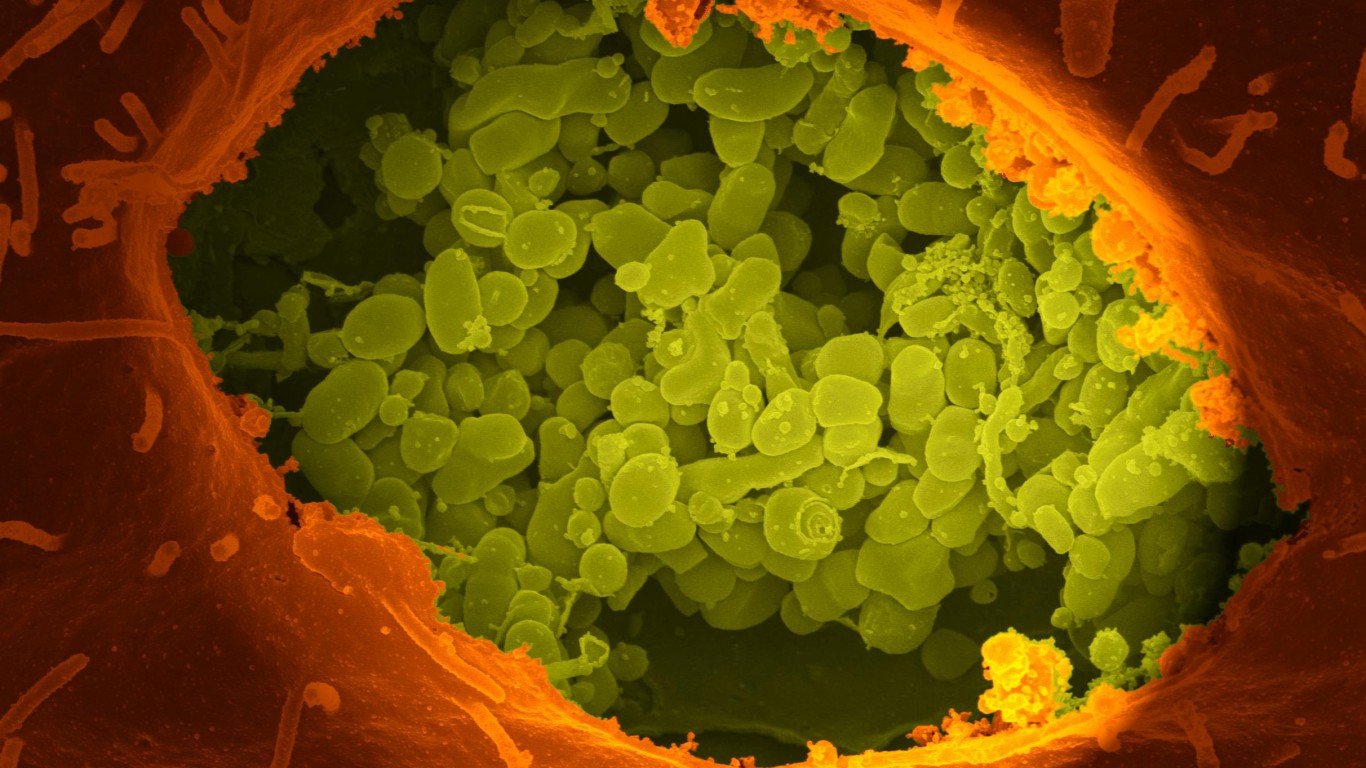 Q fever is a disease caused by a bacteria found in some animals such as goats, sheep, and cattle, known as Coxiella burnetii. Infection in humans is typically caused by breathing in dust contaminated with the infected animal feces, urine, or milk. Common symptoms are flu-like and include fever, chills, fatigue, and muscle pain. While most people will recover naturally, rarer cases require a two week course of antibiotics.

Q fever is easily weaponized, as it can survive up to 60 days on some surfaces and is infectious in very small doses. Before the U.S. signed the U.N. Biological Weapons Convention of 1972, it had developed over 5,000 gallons of Q fever as a biological weapon. 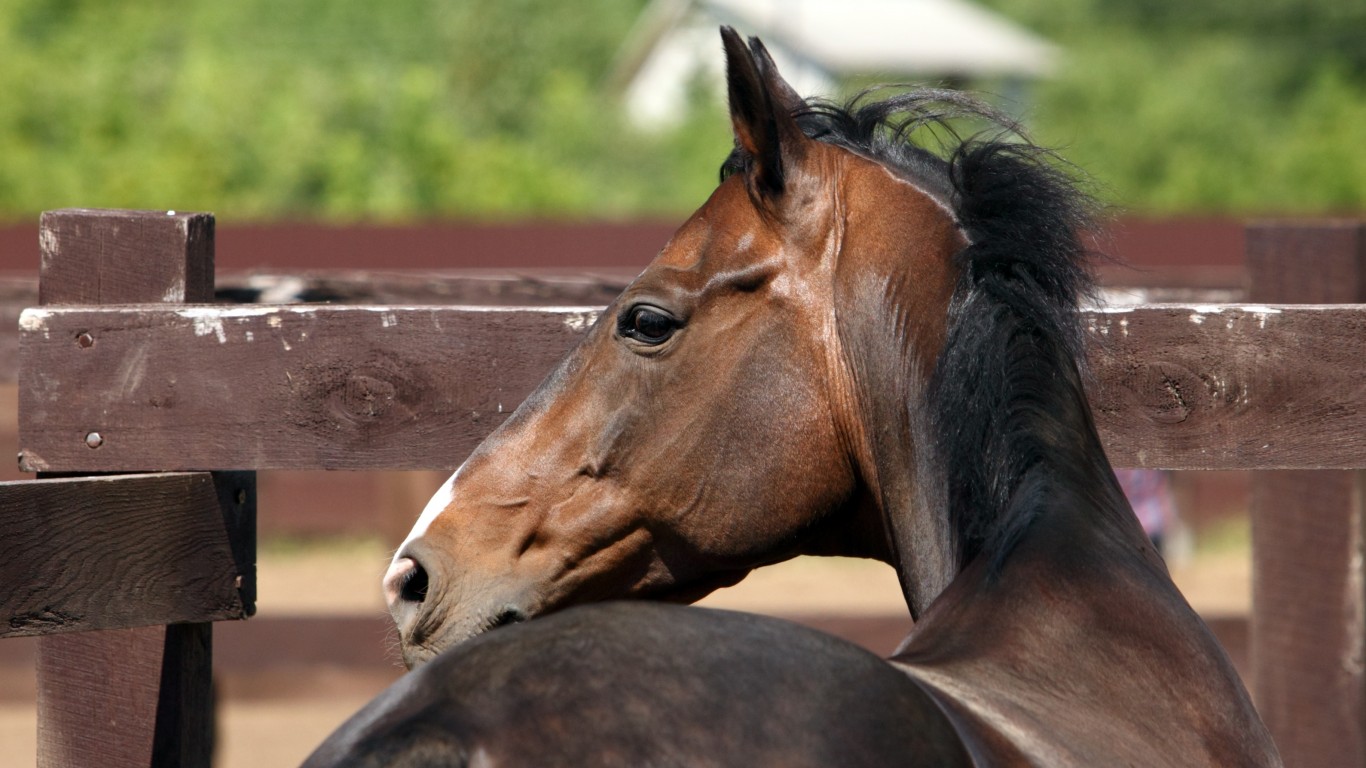 Glanders is an infectious disease that mostly affects horses but can also pass to donkeys, mules, goats, dogs, and cats – as well as humans. The disease is transmitted to humans when the Burkholderia mallei bacteria enters through the eyes, nose, or skin abrasions from the bodily fluids of infected animals. The disease is rare in humans but very serious, with a 90% mortality rate if untreated and a 50% mortality rate with antibiotics. It can cause pneumonia and ulcers in the nose, mouth, throat, and lungs.

A biological attack using glanders could involve the release of germs in the air or water and food supplies. In World War I, Germany reportedly spread glanders to disable allied cavalry units. Additionally, according to some sources, the Soviet Union developed over 2,000 tons of an agent for glanders in a single year in the 1980s. 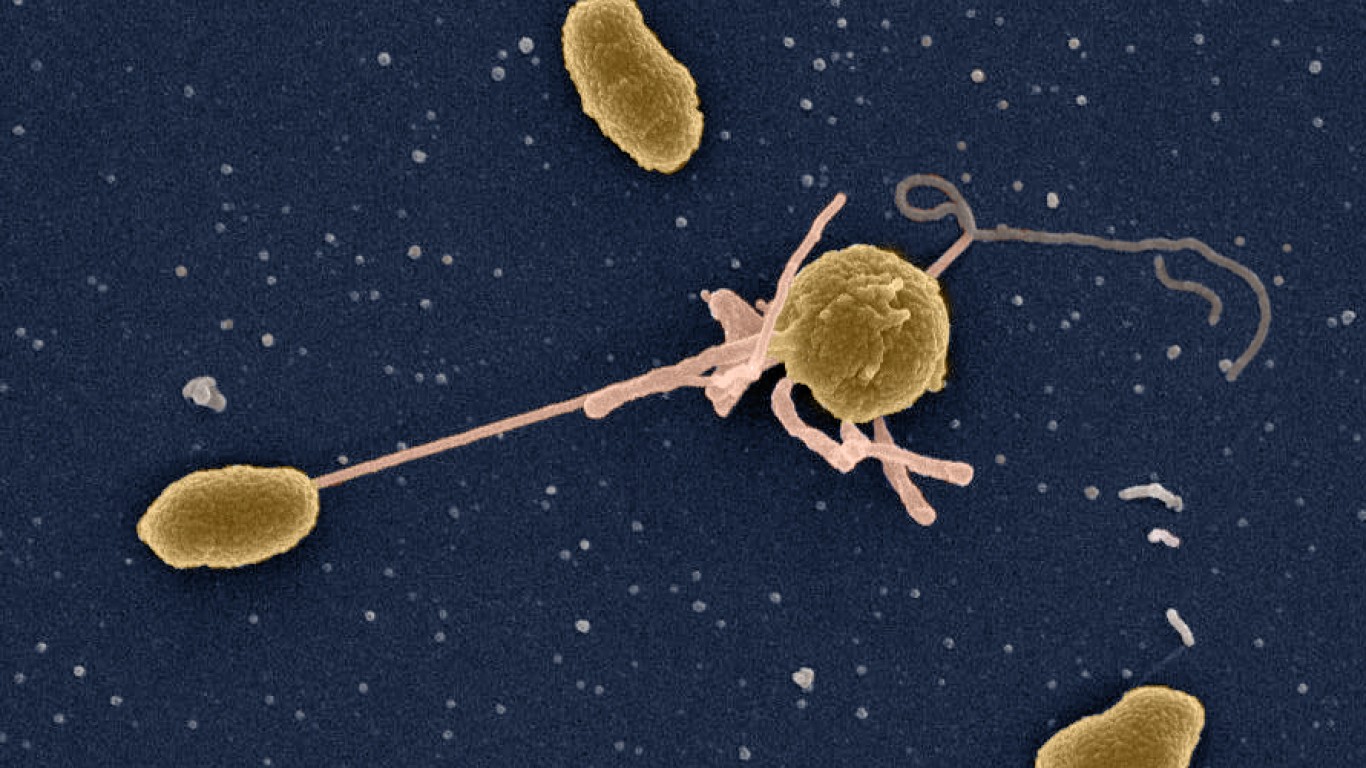 Cholera is an acute illness caused when the intestine is infected with the Vibrio cholerae virus, usually by ingesting contaminated food or water. Symptoms include diarrhea, vomiting, cramps, and dehydration. While infections are often mild, they can also be severe and result in kidney failure or death.

Though cholera is rare in industrialized nations like the United States, an estimated 1.3 million to 4 million people globally get cholera each year, and 21,000 to 143,000 people die from it. The CDC has identified it as a potential agent for biological weapons.