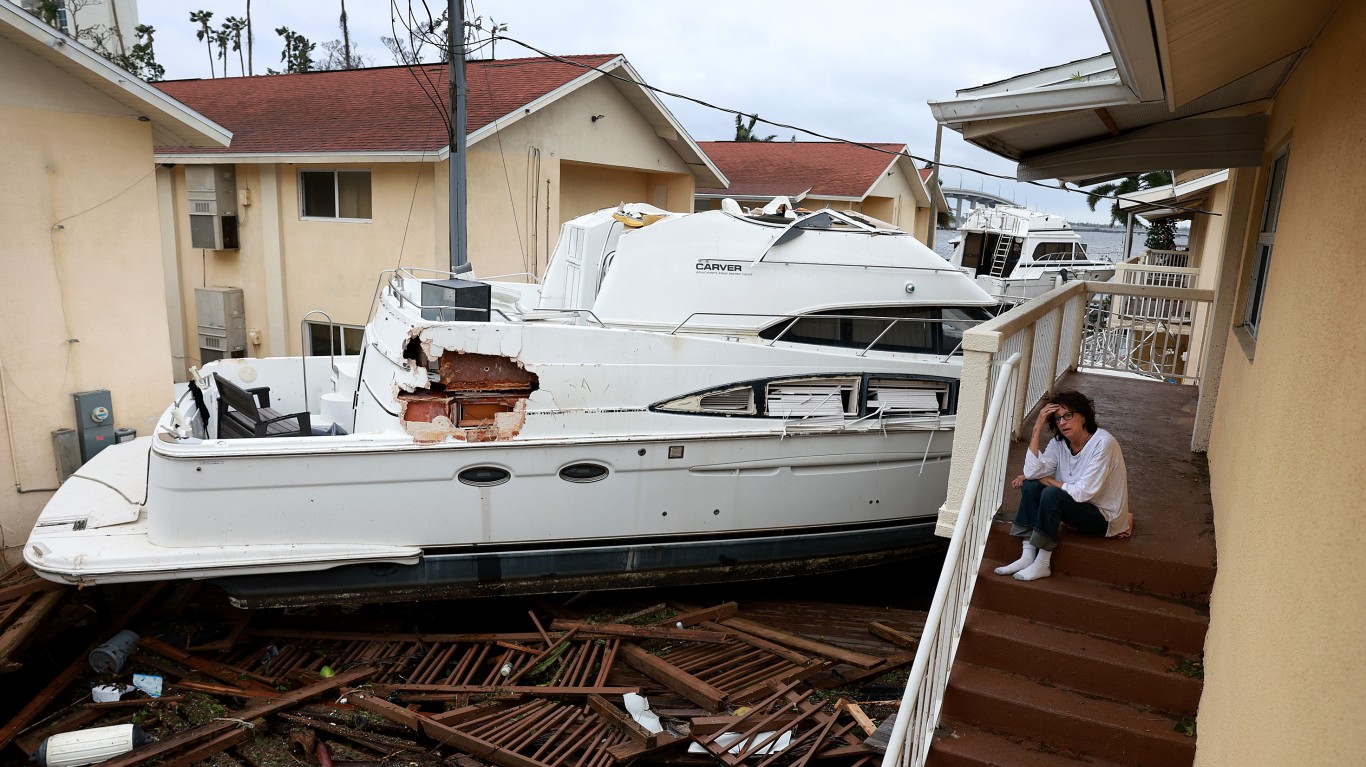 Hurricane Ian was the costliest and deadliest weather disaster to strike the U.S. in 2022. The cyclone made two landfalls, first in Florida as a massive Category 4 storm, meaning winds of 130 to 156 miles per hour, causing major flooding and significant loss of life. The storm then drifted offshore and quickly returned to the coast of South Carolina as a Category 1 hurricane. 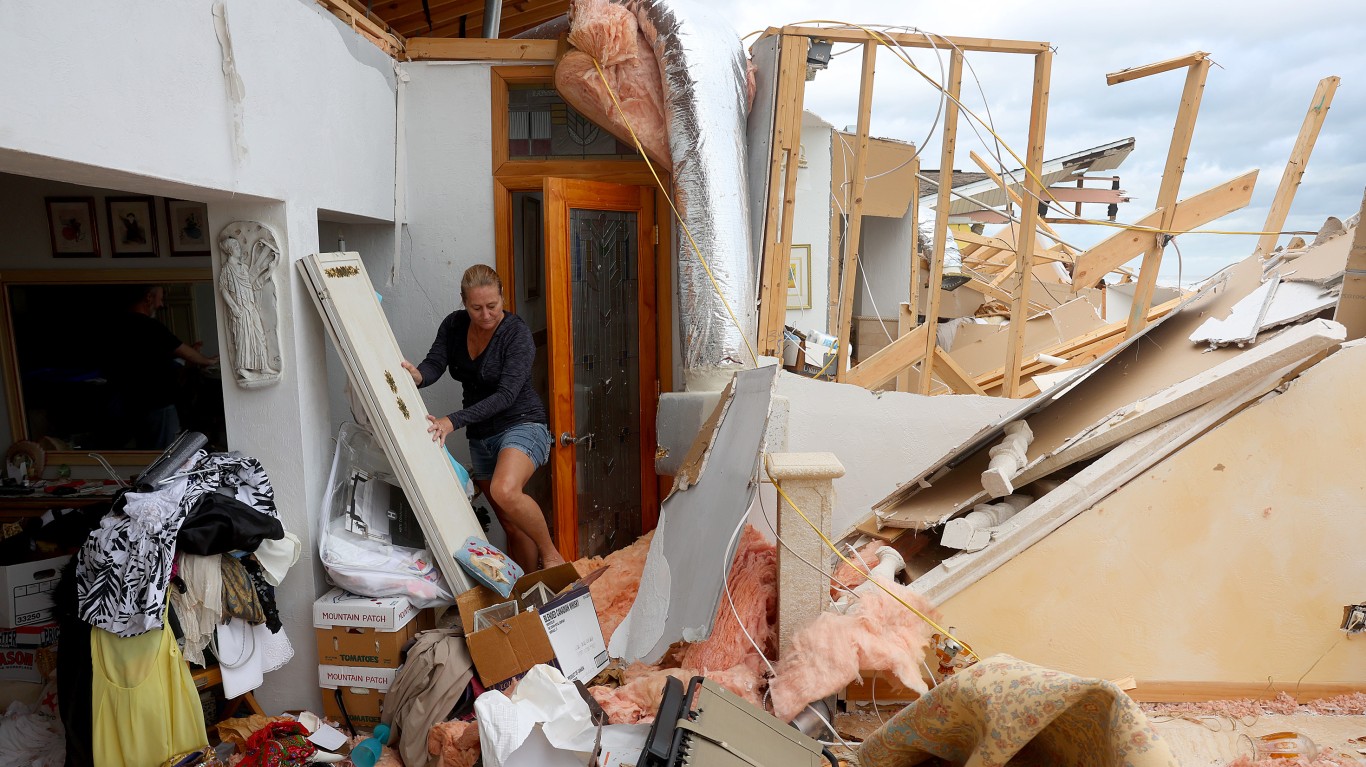 By the standards of tropical cyclones, Hurricane Nicole inflicted light economic damage, comparable to some hail storms that struck Texas earlier that year. The late-season Category 1 hurricane made landfall south of Vero Beach, Florida, then weakened as it passed over the central and southern parts of the state. Some parts of the impacted area were still cleaning up from the much larger Hurricane Ian that smashed into the west coast of Florida less than two weeks earlier. 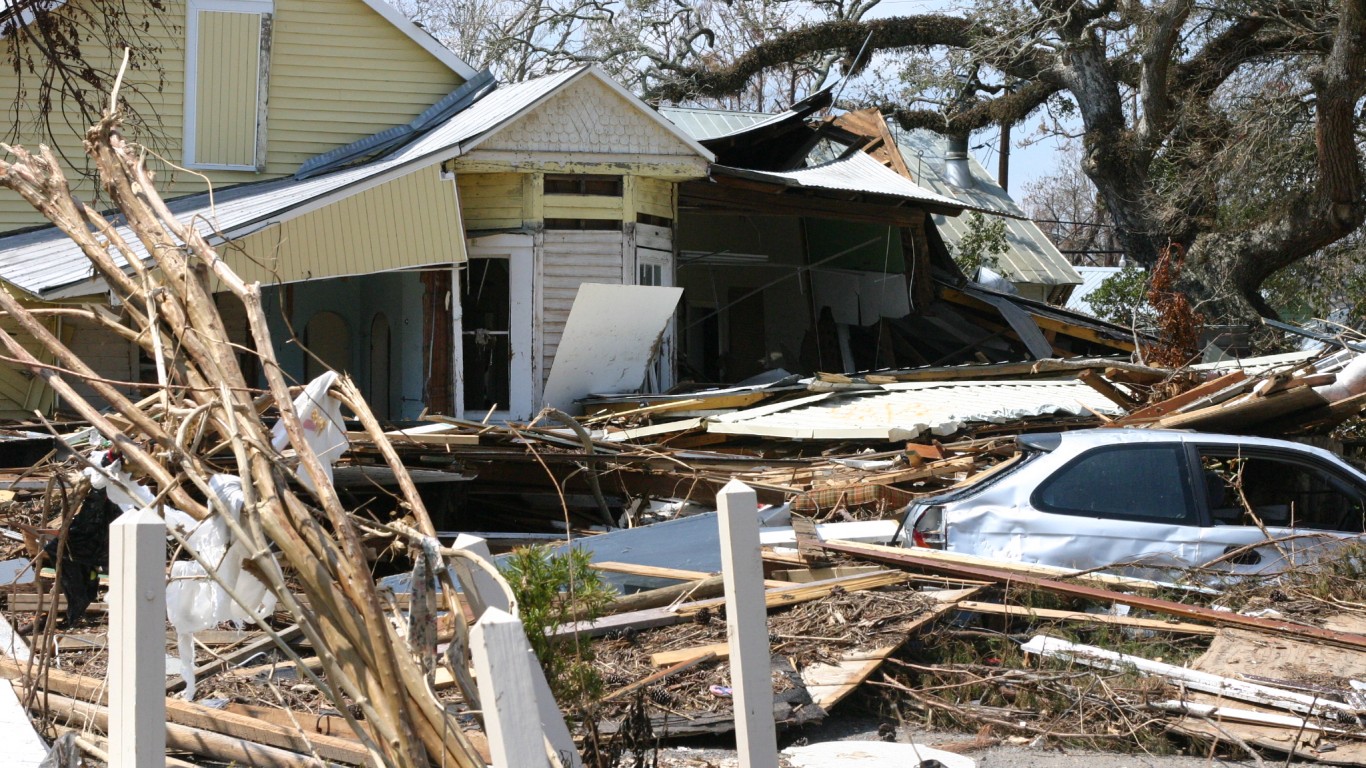 24/7 Tempo
Hit by a hurricane? Turns out you might turn a profit 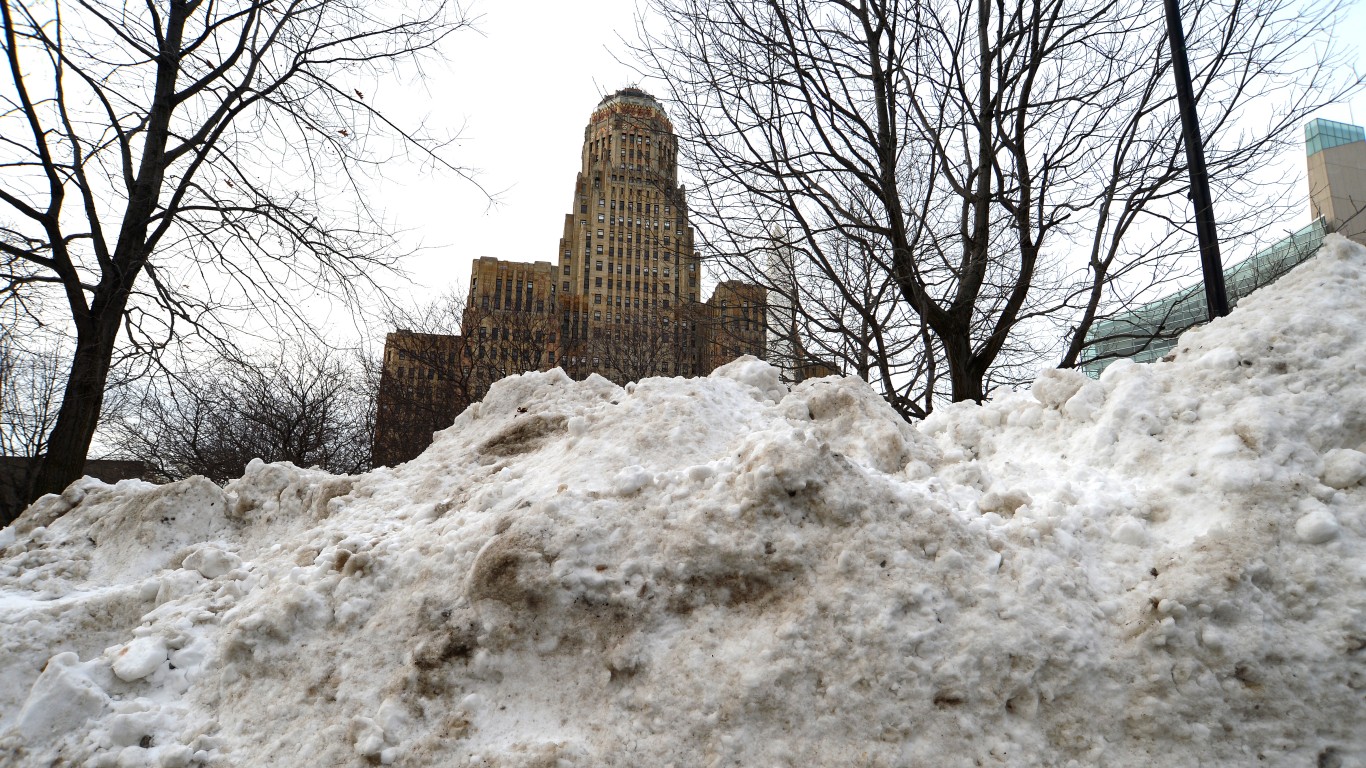 In the final days of 2022, a massive blast of heavy rains, snow, ice storms, and high winds plunged much of the nation into a deep freeze. Temperatures dropped more than 30 degrees in just 18 hours. The precipitation, coupled with such a rapid drop in temperature, caused flash freezes and visibility hazards on many of the country’s roads.

Cities near the Great Lakes suffered from heavy Lake Effect snowfall, most notably Buffalo, which was buried in nearly 65 inches of snow in December, the third-highest on the city’s record. More than 200 million people were shivering under winter weather advisories, and more than a million people lost power. The storm claimed 87 lives. The NOAA has yet to publish the economic cost of this weather disaster, but listed it under billion-dollar weather and climate disasters.